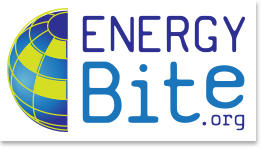 Episode 101: Are we doing better today than on the first Earth Day 45 years ago?

Posted on April 8, 2015 By Scott Institute for Energy Innovation

Mentioned in this episode

From the Energy Information Administration:

HOST INTRO: April 22nd is Earth Day, which brings up the question — are we doing any better today than 45 years ago on the first earth day?

On this week’s Energy Bite, Granger Morgan, a Professor at Carnegie Mellon University, has some answers…

DR. GRANGER MORGAN: Producing and using energy has one of the biggest environmental impacts of anything we do. So, part of the answer is yes because we are using more clean natural gas and less coal.

Our cars and appliances are more efficient. Because of regulations, today’s refrigerators are larger and cheaper, but they use much less electricity. Cars go farther on a gallon of gas. And we’re switching to much more efficient lights

HOST: Where are we not making good progress?

DR. GRANGER MORGAN: The generation of most of our electricity still adds carbon dioxide to the atmosphere. Wind makes only 4%, and solar only 1%, of the electricity we use.

Because natural gas is cheap, some nuclear plants that produce zero emissions are closing, and we are not moving fast enough to learn how to scrub carbon dioxide out the exhaust of coal and gas plants.

HOST: How much more, if any, would you be willing to pay to have your electricity made without releasing carbon dioxide to the atmosphere? Take our poll, see the results, and ask your energy questions at EnergyBite.org. Energy Bite is a co-production between 90.5 WESA and Carnegie Mellon’s’ Scott Institute for Energy Innovation.

Like Loading...
Episode 102: My friend heats her house with a renewable – wood. Should we all be doing that? →